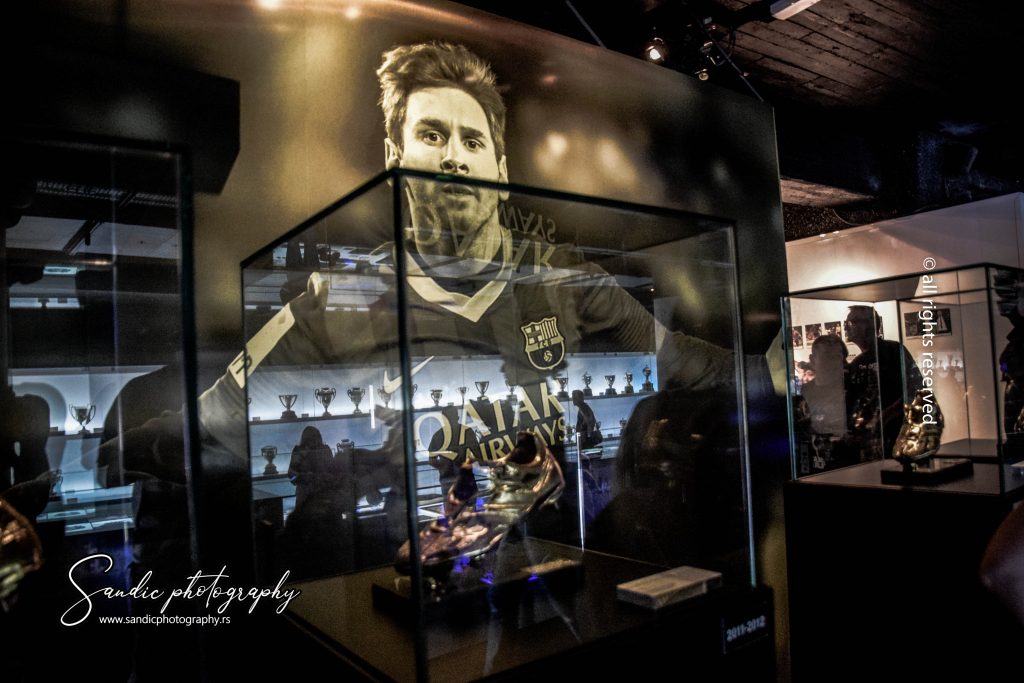 Camp Nou is located in the east of Barcelona, at about 5 kilometres from Barcelona’s historic city centre. The stadium is part of a sports complex that also includes Barcelona’s Mini Estadi.

Camp Nou was built between 1954 and 1957, and officially opened on the 24th of September 1957 with a match between FC Barcelona and a selection of players from the city of Warsaw.
The stadium replaced Barcelona’s previous ground Camp de les Corts, which, though it could hold 60,000 supporters, was still too small for the growing support of the club.
Camp Nou initially consisted of two tiers that could hold 93,000 spectators. It was first called Estadi del FC Barcelona, but got soon referred to as Camp Nou.

Camp Nou got expanded with a third tier for the 1982 World Cup, which raised capacity to 120,000 places. During the World Cup, it hosted the opening match between Belgium and Argentina (1-0), three matches in the second group stage, and the semi-final between Italy and Poland (2-0).
In the mid 2000s, the club presented plans for a renovated Camp Nou, designed by Norman Foster, but a lack of funding prevented realisation. The club next started studying a move to a new stadium, but finally decided in 2014 to redevelop the current stadium.

The redevelopment will entail the reconstruction of the first tier resulting in a steeper tier with better views, the extension of the top tier over the whole of the stadium, the construction of a roof to cover all seats, and expansions and improvements to the interior of the stadium aimed at providing better facilities. The resulting capacity will be slightly higher at a little over 105,000 seats. Works are planned to start in 2017 and gradually performed over four seasons to finish in 2021.