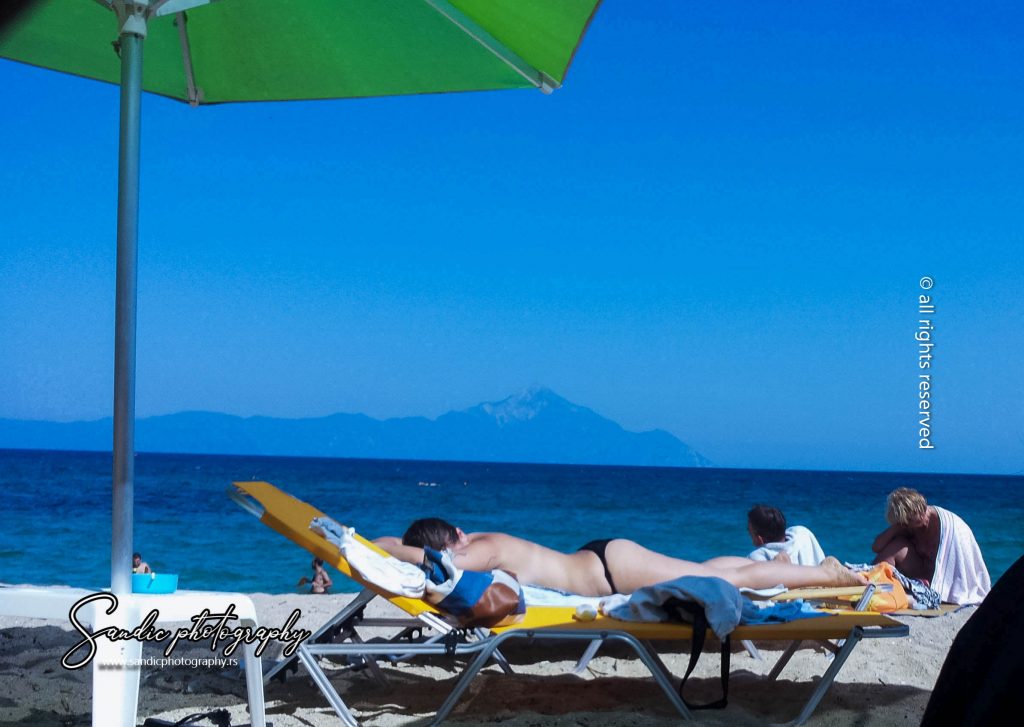 Sarti is the most popular and visited place on the Sithonia peninsula, on Halkidiki.
It is a small fishing town of total of 900 settlers.It is 140km away from Thessaloniki, being situated on the eastern coast of Sithonia, between Vourvourou and Sykia.

One of the reasons for its popularity is the beach because it is the owner of the blue flag. The beach is always clean, arranged, with the tiniest sand both in the water and on the shore, with a long shoal and thus is perfect for families with small children. Except for the town beach that has been marked in the polls as one of the most beautiful in Greece, nearby Sarti there are some more beaches that are considered as some of the most beautiful on Sitonia and Halkidiki in general.
These are firstly Kavourotripes that is described as “heaven on earth” and must see, then the well-known Orange, and Platanitsi, Achlada, Armenistis.