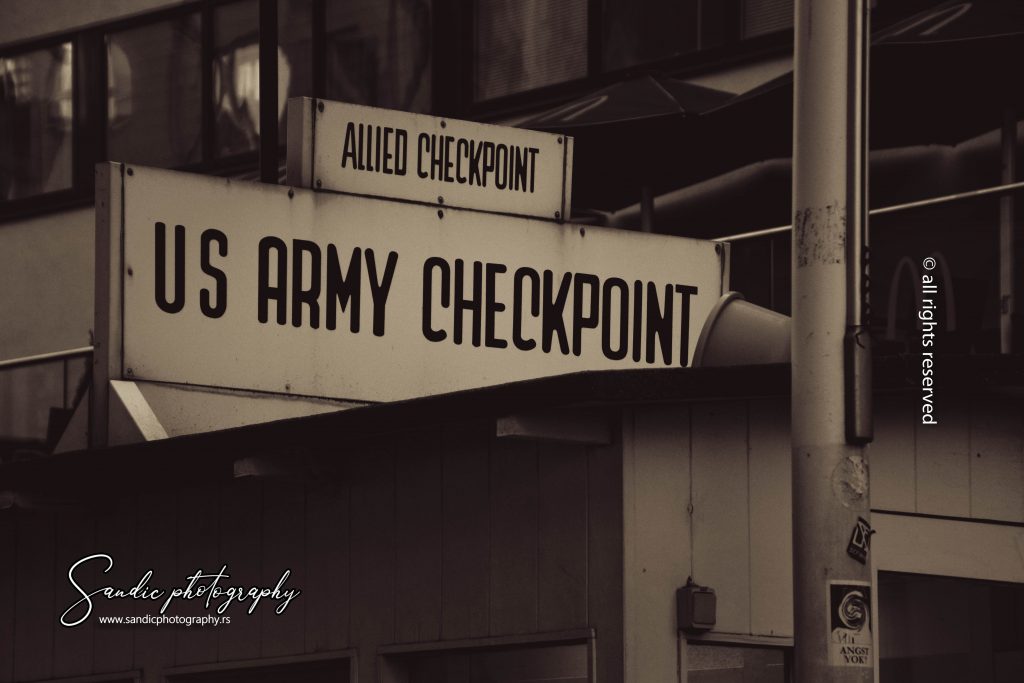 Famous crossing point between East and West Germany. On 22 September 1961, Allied guards began registering members of the American, British and French forces before trips to East Berlin and foreign tourists could find out about their stay there. Once the checkpoint was designated a crossing point for members of the Allied armed forces, a month later in October 1961 it became the scene of a tank confrontation. American and Soviet tanks took up position and faced each other with weapons primed.