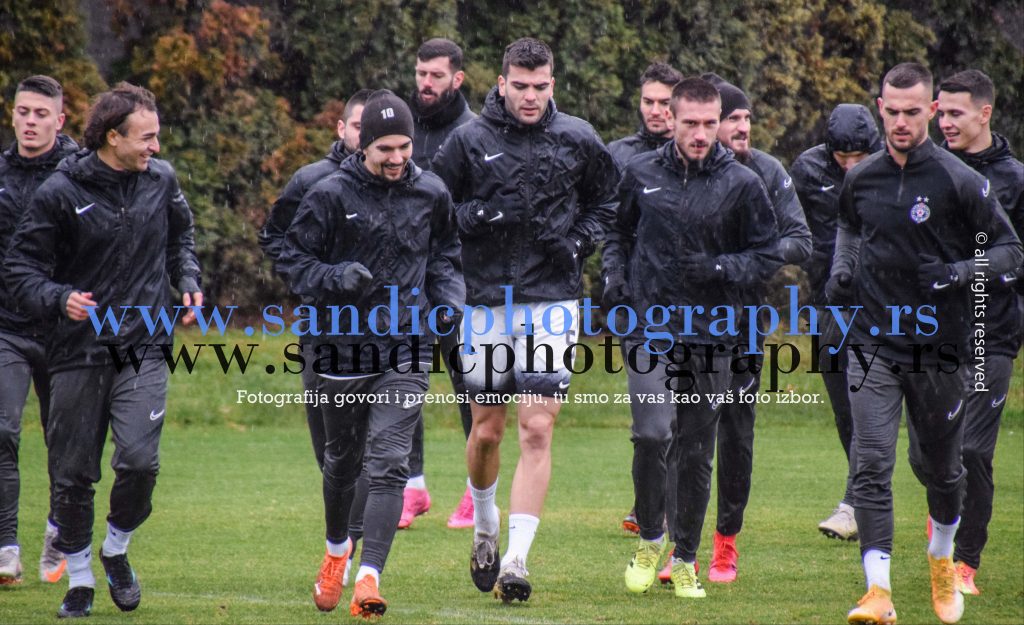 On Friday, January 8, 2021, the day after Christmas, which is marked according to the Julian calendar, the black and whites officially started the new football season, with the traditional “roll call” in SC Partizan-Teleoptik.

Already in the morning, the players performed the first biochemical analyzes of the health system “Bel Medic”, with the obligatory PCR test, while during the weekend the tests will continue in the “Laboratory for Sports Medicine and Exercise Therapy” of the Medical Faculty in Belgrade.

The beginning of the new half-season was marked with an official roll call at eleven o’clock, which was opened with a greeting letter from the president of FC Partizan, Mr. Milorad Vučelić, and then with a speech by the head of the professional staff, Mr. Aleksandar Stanojević.

The players were greeted by the General Manager, Mr. Milos Vazura, as well as members of the Board, Mr. Dragan Trailovic, prof. Dr. Zoran Rajić, Mr. Milomir Gligorijević and Mladen Mijatović, as well as Ivica Iliev.