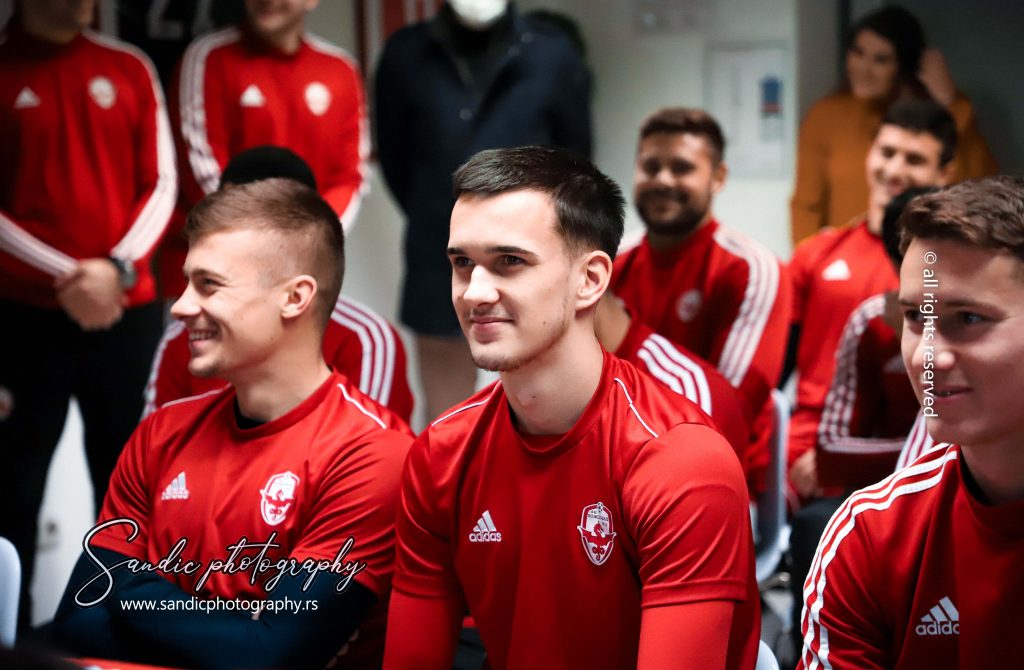 The football players from Voždovac gathered today on the roof of the TC Stadium, which officially started the preparations for the spring part of the season.

All the necessary physical and health tests were performed a few days earlier, where the players that the head of the professional staff can count on showed an enviable level of physical fitness.

Mr. Jovan Damjanović greeted the players at the roll call and wished them good health first.

According to the plan that was made, the team will train on the Roof for a week, and then they will go to Antalya for preparations.

“We will play four games in Turkey and most likely another after returning to Serbia. The preparation period is a little shorter than usual, but we are adapting to that and adapting to different conditions” Damjanović explained.

In the continuation of the season, Voždovac expects a fight on two fronts, in the Super League as well as in the Serbian Cup.