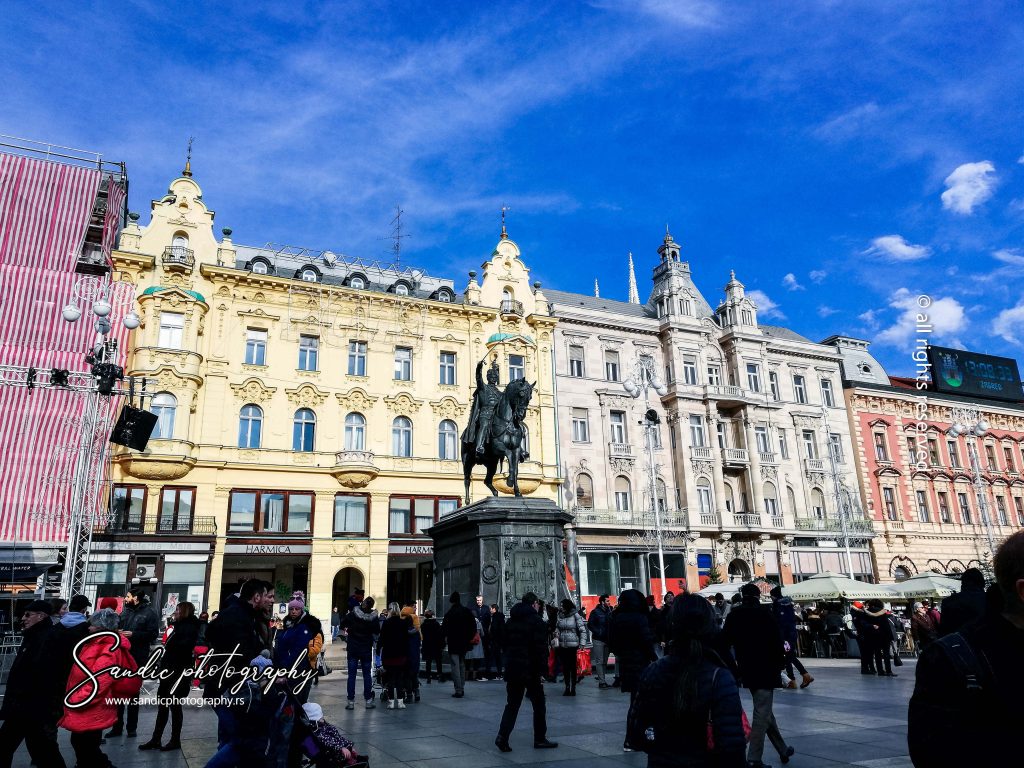 The city has a charming medieval ‘old city’ with architecture and cobbled streets reminiscent of Vienna, Budapest, Prague and other Central-European capitals.
One of the oldest areas of Zagreb is the Kaptol, one of the places to visit in Zagreb which was the seat of the Roman Catholic Archbishop since the 11th century. Towering above every monument in the city stands the medieval Gothic Cathedral, one of the Zagreb tourist attractions and which is formerly known as St Stephen’s Cathedral. The twin spires dominate the skyline of the Croatian capital.

Be prepared for an assault on your senses at one of the oldest traditional markets in Zagreb, one of the places to visit in Zagreb. The Dolac Market is a daily farmer’s market, where you can buy everything from fruits to vegetables, fish to cheese, flowers to souvenirs. While most of the market is open, there is a small section which has a shelter as well below the traditional market.
Zagreb is a vibrant city of around 800,000 people. In 2017 it was visited by over a million tourists, mainly from Austria, Germany and Italy. Zagreb is also well known for its Advent festival, which occurs from December to early January, boasting vibrant nightlife and extra events not available in other parts of the year.