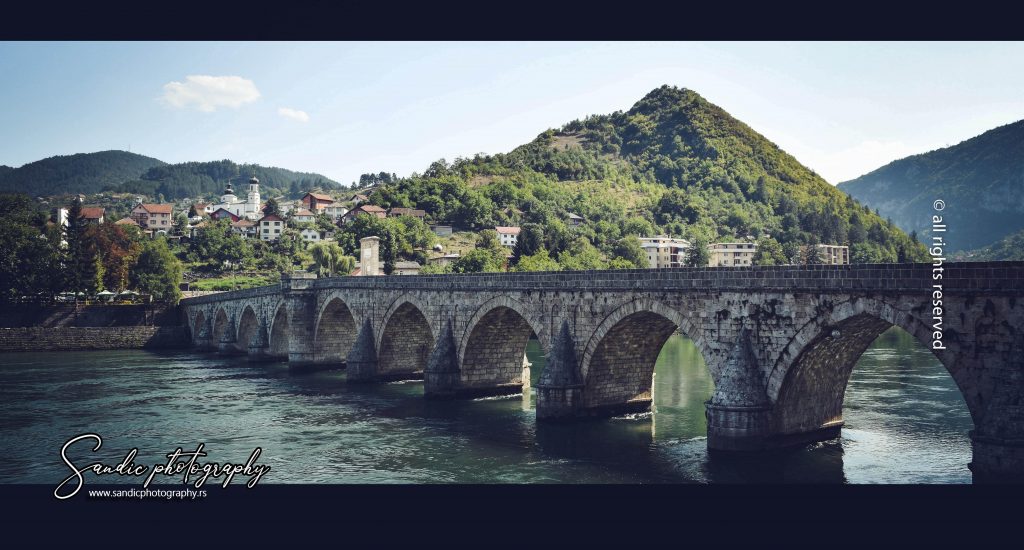 The bridge was built between 1571 and 1577 and was built by then-famous Turkish architect Kodza Mimar Sinan. It was built in the Eastern style and is a masterpiece of the then construction.
It has 11 arches with a slight ascent towards the middle and a descending ramp on the left bank. Above the arches, the entire length of the bridge extends a profiled cornice above which is the fence of the bridge. The total length is 179.5 m, the height above the normal river water level is 15.40 m and the bridge width is 6.30 m. The bridge is made of stone, tufa or bigra, which was brought from Visegrad Spa. Above the sixth pillar are on either side of the extension. On the approach ramp of the left bank are three openings completed by broken arches. A sofa was built in the middle of the bridge, intended for the rest of the passers-by, and a stone portal was installed across the sofa.