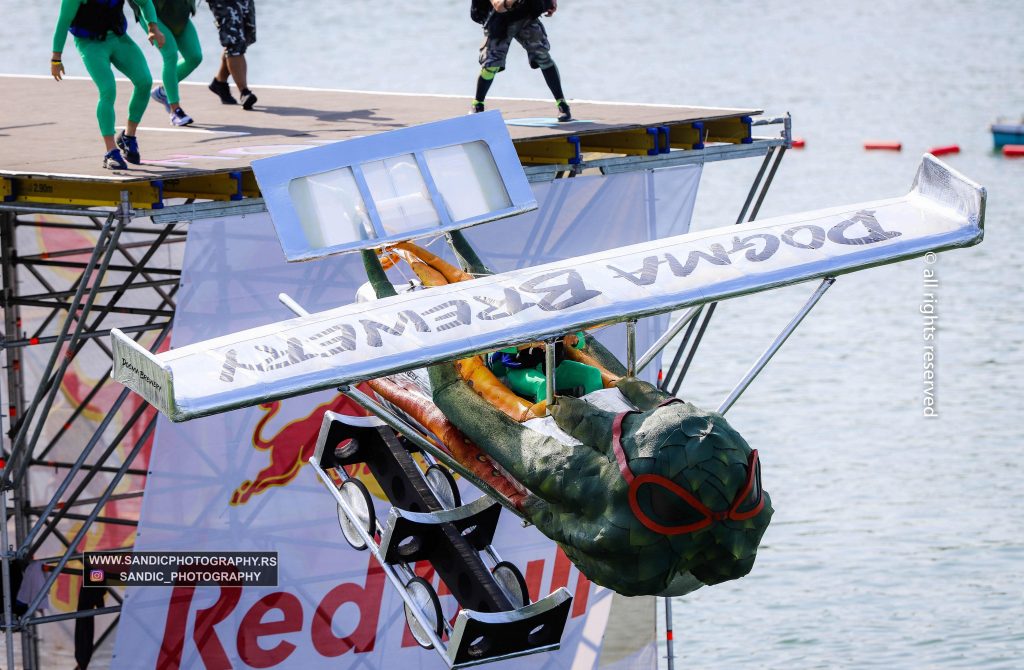 The second Red Bull Flugtag was held at Belgrade / Ada Ciganlija. There were 33 unique aircraft that fell artistically from a six meter high jump.

See what the atmosphere is like and what strange watermelon, cheese, tank, piano, feces, pigs look like …

All competitors will take off the structures they have made in the garage, without engines, batteries and catapults – the tools are only wind, human power and detachment, which they will present at a location arranged in the production and organization of more than 500 people.

The Flyin ‘Figuar Space Edition’ team, which is named after the old name for ‘fic’, or a combination of ‘ficus’ and ‘jaguar’, won first place and a Red Bull helicopter flight in Austria.

Second place went to the aircraft of the team “Praslin’s anti-stress machine F40”, and will be awarded a panoramic flight by helicopter above the capital.