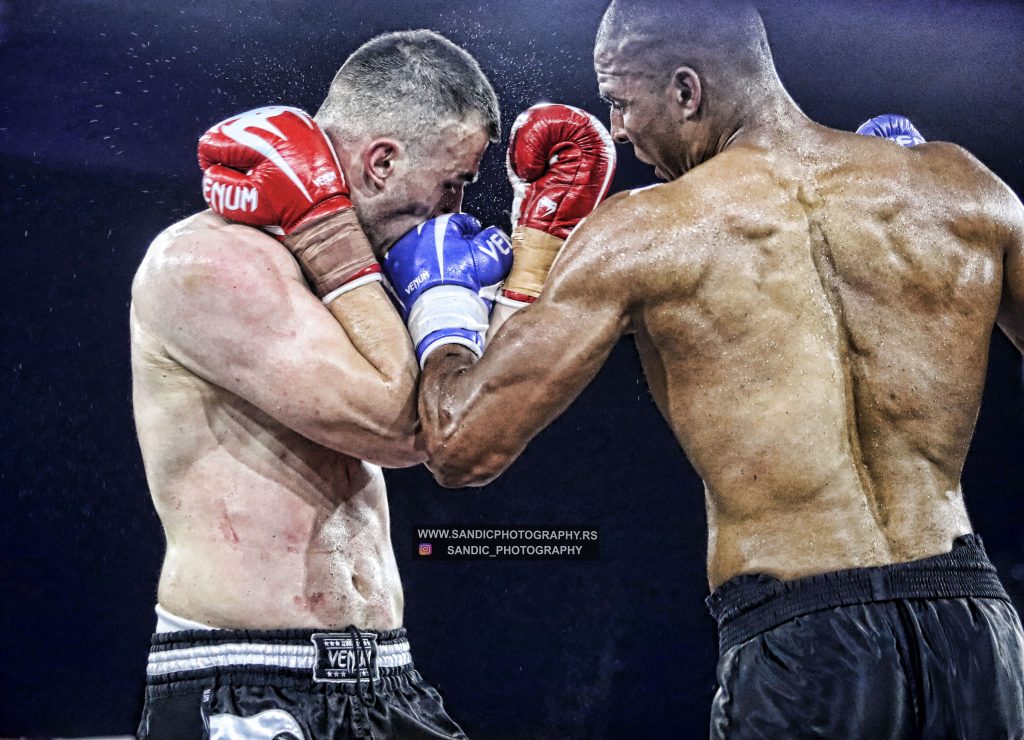 Organized by the CFL at the Belexpocenter, the “Enfusion Road To Abu Dhabi” tournament took place tonight.

At the tournament we watched the famous CFL fighters, who are opposed by the Dutch Enfusion fighters.

The winner of the Belgrade tournament, which is expected to compete in the Abu Dhabi tournament, where the winner receives a prize of 100,000 euros, is our best aspirant – Rade Opacic.

Then in the second match on the way to Abu Dhabi they found Bulgarian Daniel Galabarov, who comes from MMA in kick boxing, and Rade Opacic, one of our top heavyweights. The audience greeted our fighter with applause.

A convincing victory was won by our Opačić who showed great skill and struggle.

Marina Spasic tonight weighed in with Irene Sterkel of Germany. The end of the first round was marked by real drama in the ring, Irene was able to stay on her feet after a series of marches.

The girls showed a good fight in round two. The German also showed great stamina this time, though Marina dominated.

The final, third round, brought a great exchange of punches. Marina took a hard hit, but Irene stood up, after which she returned to the fight.

By the decision of the judges, the great Marina Spasic won!

The Greek Nikos Totos weighed in with our Zoran Grozdanić. The Greek has come for the belt, the undefeated fighter has 13 wins. Grozdanić excels, knocking out many of his opponents in the second round. The first round provided a good fight, scoring slightly more sympathetic to the Greeks.

Our fighter had some good shots and controlled the match well in round two.

Spectators enjoyed and cheered Gvozdanic at the end of round three.

By decision, Judge Gvozdanić claimed victory in this difficult and uncertain match!

In the next match, our champion Mihajlo Kecojevic will go into the match with the Dutchman Levi Rigters, double ENFUSION champion.

Kecojevic is considered a fighter with a devastating right wing, and at the very beginning of the first round he showed dominance. This was followed by an excellent exchange of blows, followed by a series of blows by Kecojevic’s right.

Rigters showed he was good at a series of kicks, but Kecojevic fiercely retaliated and shook the Dutchman.

Kecojevic’s opponent showed excellent stamina in the second round, and after a series of blows by Rigters to our fighter, Kecojevic began to kick. In the third round, the Dutchman intentionally hit Kecojevic’s left leg, and our fighter lost power.

Kecojevic received many hits during this round, but he really did his best and left his heart in the ring.

In the finals, the main match of the evening, they meet Nidal Biciri and our Rade Opacic. The first round immediately began with a dynamic, and in the middle we saw an excellent crochet by Rade Opacic, from which Biciri ended up on the floor. Seconds later, Opacic knocked down Biciri again and that was the end! Opačić took the win!