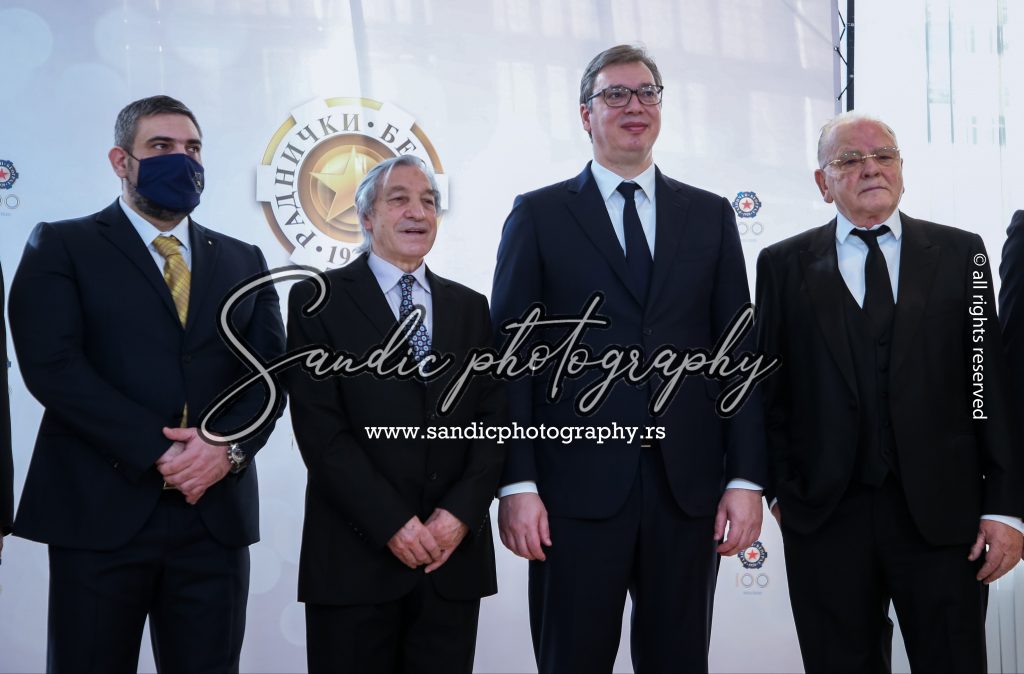 This Monday 18.january, the Radnički Sports Association marked 100 years of existence. On that occasion, the lifetime achievement award went to Dušan Ivković, a basketball coach.

He received recognition from Radnički’s youth. Dear ladies and gentlemen, on this occasion I would like to thank SD Radnički for his life’s work.

“Certainly, during these previous 100 years, there were a lot of athletes, officials, fans, who deserved at least a similar decoration. I achieved top sports results with the national team and other clubs. This is a decoration for fidelity. It is not said often, faithful as a dog, and I remained faithful to Radnički” – said Ivković.

The president of Serbia, Aleksandar Vučić, was also a guest of SD Radnički. – Radnički always had the sympathies of all people, but a smaller number of them were loyal to the idea that Radnički would survive, not live from the past, but continue to progress and make great strides in the 21st century.

He added that through the exhibition on the history of the club, which he had the opportunity to visit today, he learned a lot, saw and remembered what had fallen into oblivion.

“Our job is to help and do everything we can. To build a magnificent hall. In about two and a half years, the hall will be completed and you will be able to open fantastic sports facilities, everything that is necessary, and in the heart of Belgrade, which will be a huge incentive for all children,” said Vučić, especially addressing Duda Ivković.

He reminded that many greats of domestic sports defended the colors of Radnički, besides Duda Ivković, Boža Maljkovic, Slobodan Piva Ivković, and many others who went through basketball and other sports, and left a big, indelible mark in the history of Serbian sports.