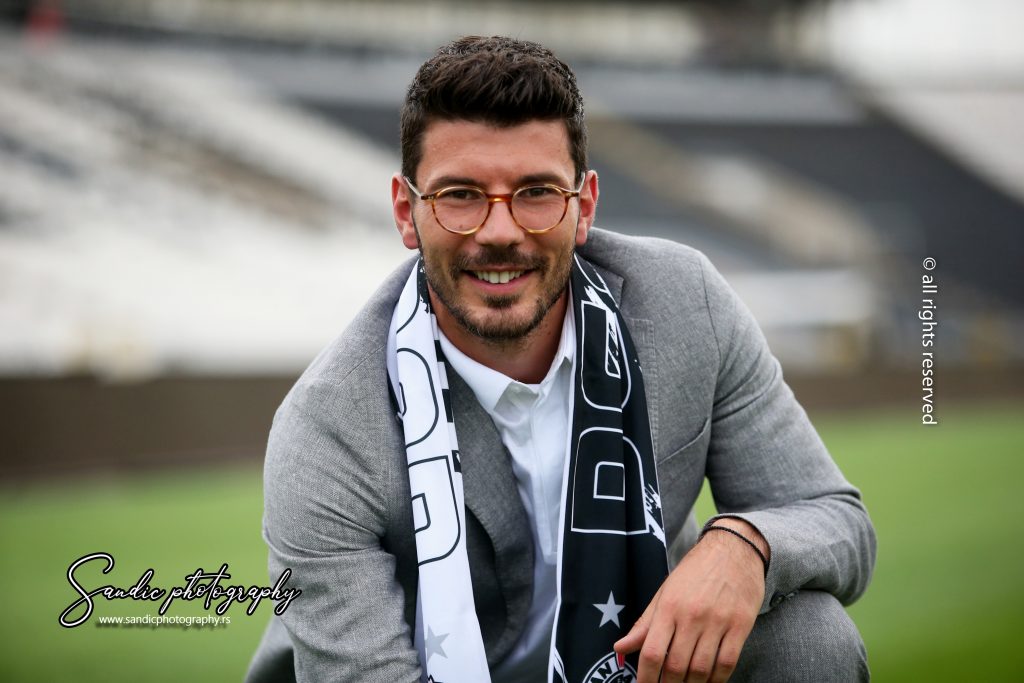 After yesterday’s signing of the contract, Partizan’s child, Miloš Jojić, was officially presented to the media today, after which he borrowed a jersey with his old number 39.

Miloš Jojić went through all the younger selections of the team from Humska, as well as training in the Teleoptika branch, so that in 2012 he was reassigned to the first team.

He played 35 matches for the black and whites during two seasons and scored 10 goals, of which the most important is certainly the one scored from a free kick in the 144th eternal derby, on May 18, 2013, which brought Partizan the title of state champion.

In the winter of 2014, he joined Borussia Dortmund, and also defended the colors of Cologne, Basaksehir and Austrian Walsberger, where he played a very good half-season and in 14 matches, scored one goal and recorded five assists.

“Let it be that I started that tradition with that goal in the 90th minute. Whether to be or not to be, the title was decided! It is a feeling that is remembered for a lifetime and that no one can take it away from me! And whenever I watch a derby, just like yesterday, that moment passes through my head and some horror passes through my body “.