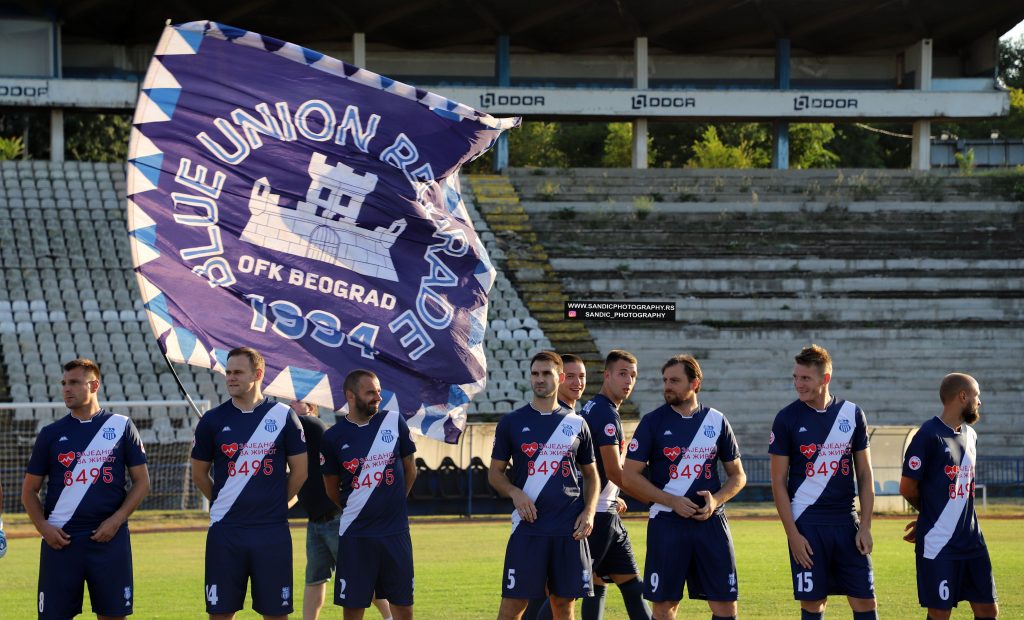 The charity “Zajedno za život” continued the trend of organizing major humanitarian football matches, and this time football aces gathered on the field wearing the OFK Belgrade jersey. On Wednesday, September 4th, at 6 pm, a large number of well-known football players who wore blue and white jersey for the last 30 years, came to the ground of the Youth Stadium, all with the sole purpose of helping to cure the sick children.

This charity match also marked the 108th birthday of OFK Belgrade. Every visitor who attended the Karaburma stadium that day bought his ticket by sending a message to 8495, thus becoming a donor to the Together for Life charity and its Children’s Aid Fund.

This great football charity event exuded positive energy and a reminder of some of the more beautiful days of “Romantics” from Karaburma, which will surely return if judging by the reactions of the audience who came to greet the aces of OFK Belgrade in large numbers and to support the seriously ill children in the healing process.

The football players were divided into two teams, namely the “White” and “Blue” teams. It is interesting that for this match there are specially designed jerseys that are modeled on jerseys from the history of the club from Karaburma.

For the white team were:

For the blue team they performed:

The final result of the match was 3:3, although it did not matter in the end, it was important that significant funds were raised for the Children’s Aid Fund, which was launched by the “Together for Life” charity, as every visitor who He came to the match to buy his ticket by sending a humanitarian SMS to 8495, and thus became a donor.

The founder of the “Together for Life” charity, Jovan Simić, expressed his gratitude to OFK Belgrade for its hospitality, as well as all the football players who were present at this match.

The Chairman of the Board of OFK Belgrade, Nino Došen Majkić, was also pleased with the work done.