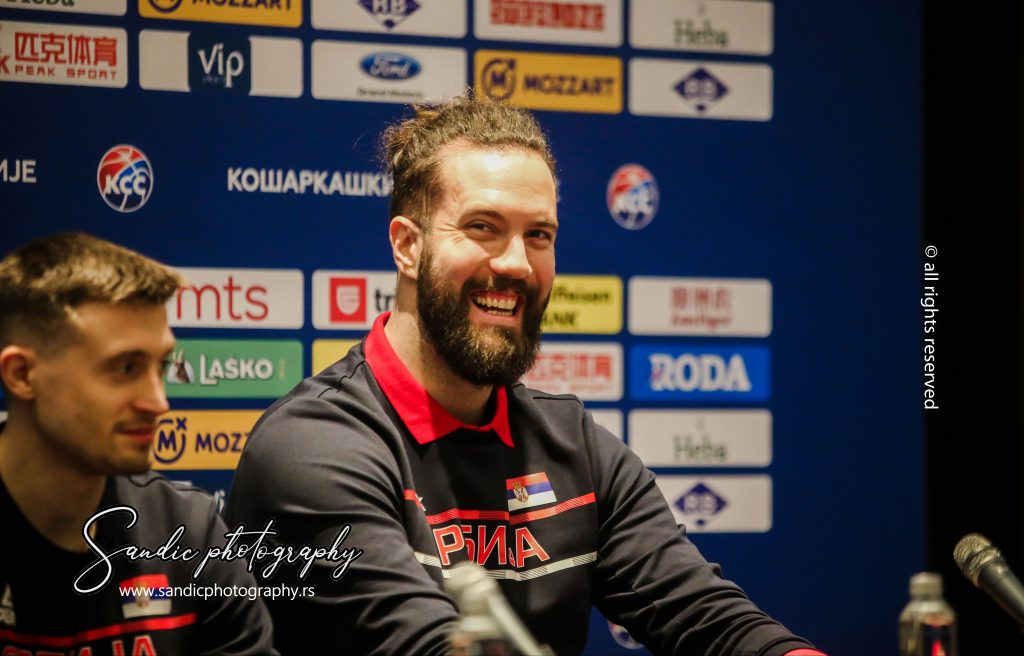 Men’s “A” national team of Serbia is heading to the deciding games for the Euro Cup 2022. On Monday, February 15th our team has gathered in the Belgrade hotel “Crown Plaza”, where they will leave on Tuesday afternoon and head for Georgia, for their two last games on the qualifiers for the Euro Cup.

Serbia will play the first  game against Georgia  on Friday, February 19th at 4p.m. The second game, our team will play on Sunday, February 21st at 1p.m.

“We are aware of the mission that we have in Georgia. There is no calculation, every practice, every game we will give our best. We know what we must do, our focus is on these “windows”. Firstly, we have that game against Georgia, and after that against Switzerland. We already played against them; we know each other well. After this conference we have practice, and then we leave for Georgia and we don’t have a lot of time to analyze. We are going step by step. I am a realistic man, our disadvantage is that we play with different players every time. We are getting the players from the middle house, the players which are not playing in the NBA or EuroLeague. On the other hand, look at Georgia, Shermadini has been already playing for 10 years in his national team. True, the foreigners are changing, but others are the same for years. They are in advantage against us. We have a lot of players in the EuroLeague and NBA, we keep swapping them for these “windows”, basically we don’t have a consistent team. It is not an excuse, but a reality. There is a period of getting to know each other, it would be great if we could play against teams that have been together for 10 years, just after 4 practices… But, that does not mean that we are worse. Motivation won’t be a problem.”

On the game against Georgia, national team of Serbia will be led by Dejan Milojevic:

“I know what our goals are, we got one talented team. I will try my best to carry out Igor’s thoughts and win the game.”

Captain of our team, Miroslav Raduljica:

“These, already tuff “windows”, have been even more difficult because of the pandemic of Covid-19, we had to watch who could come and who couldn’t. That is not an excuse for us, it is reality. We are going there to finish this what we gathered here for. We are going for the win, there is no calculations, and we want to win both games, and without thinking what is going around in public what we need to qualify for Euro Cup.”

“For us, playing for the national team is the biggest motivation. We will show that we are at the top of the world and Europe in basketball and we are going to Georgia without any calculations. Both teams we are playing owe us. Switzerland surprised us in the last window, Georgia defeated us the first time in Belgrade. We are getting out on that court with even bigger motivation to accomplish our main goal.”