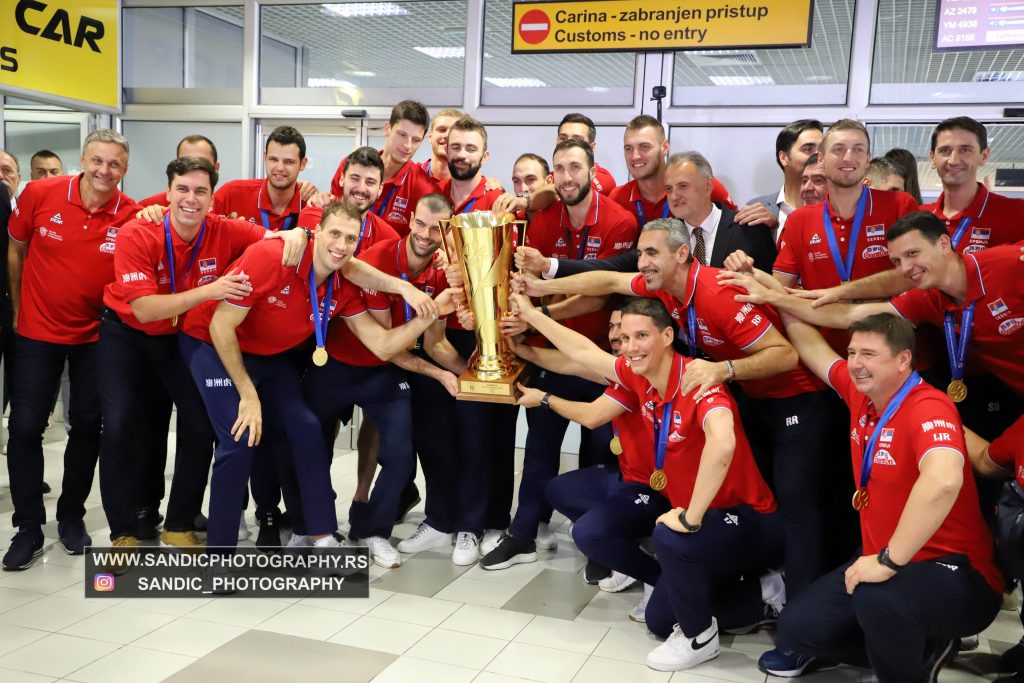 After our volleyball players arrived from France, where they won the European Championship with a victory over Slovenia in the final (3: 1), they were already given an emotional welcome in the building of Nikola Tesla Airport.

Golden “eagles” were welcomed by family members, friends, Alliance leaders and numerous journalists, and there were many emotional moments, both with “nicer halves” and with children, fans ..