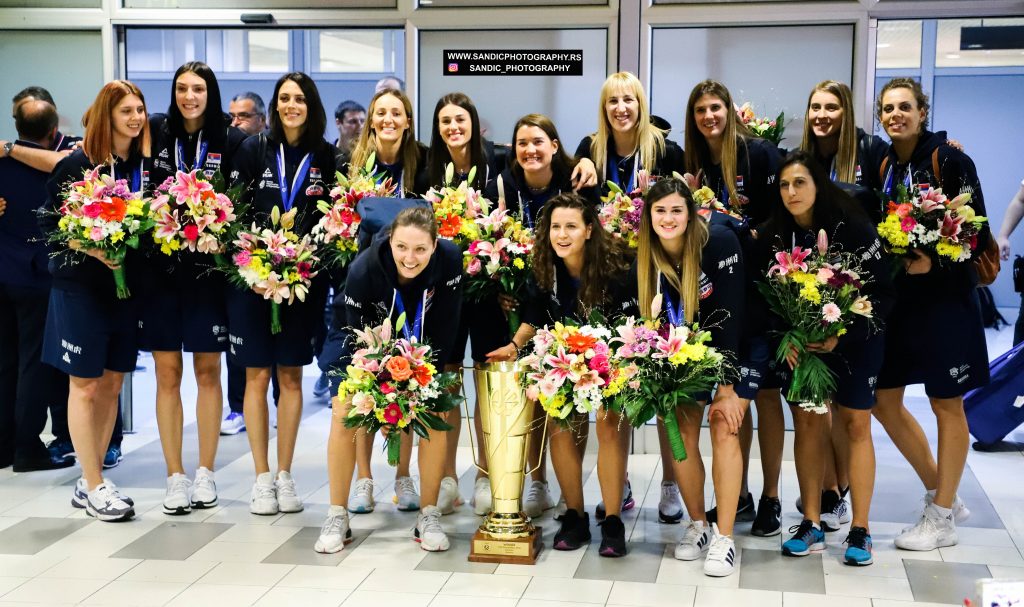 Although the weather in Belgrade is bad, several thousand people came to greet world and European champions as well as Olympic vice-champions.

Everyone sing the national anthem together! It was emotional and then the champions addressed the fans.

Tijana Boskovic, the best volleyball player of the championship, addressed the audience.