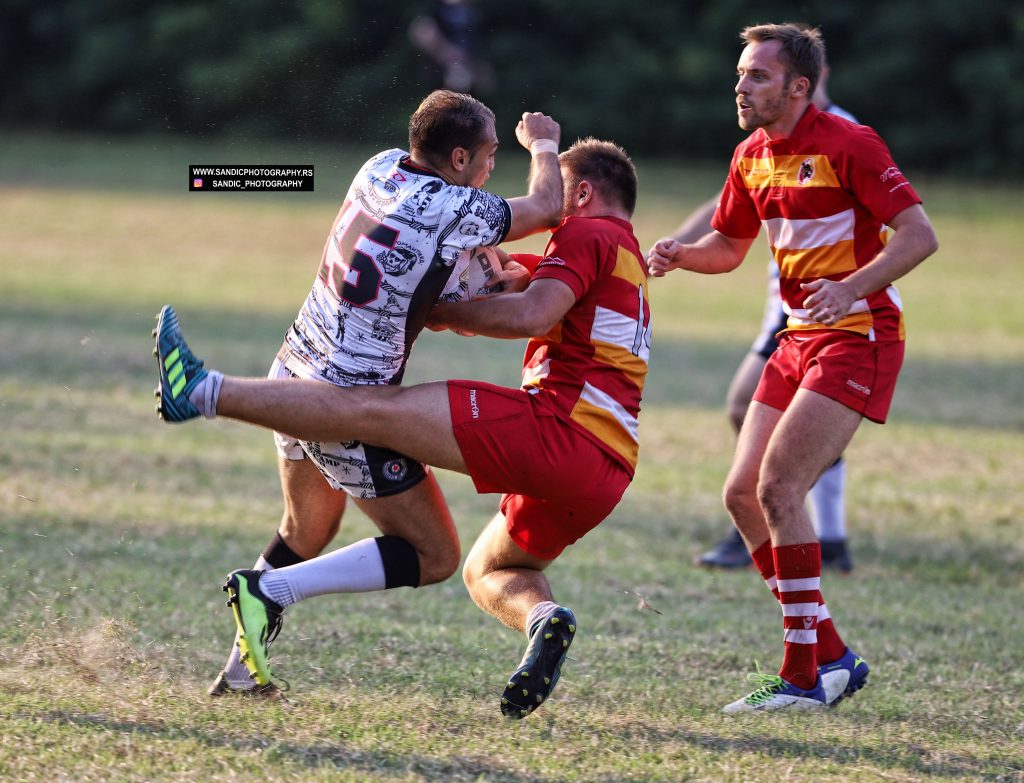 In the beautiful setting of Belgrade’s Ada Ciganlija yesterday a match was played between Partizan and Mladost from Zagreb, two eminent clubs from Serbia and Croatia. The current Serbian champion displayed a rather satisfying game against a team that won the Regional Rugby Championship, but the victory was still elusive. Finally, Partizan – HARK Mladost 33:36 (21:14).

It should also be noted that the meeting between the two clubs took place in a friendly atmosphere. After the game, a catering service for guests from Zagreb was organized and gifts were exchanged. There is no doubt that meetings like this are more than needed by the entire rugby community in the region.