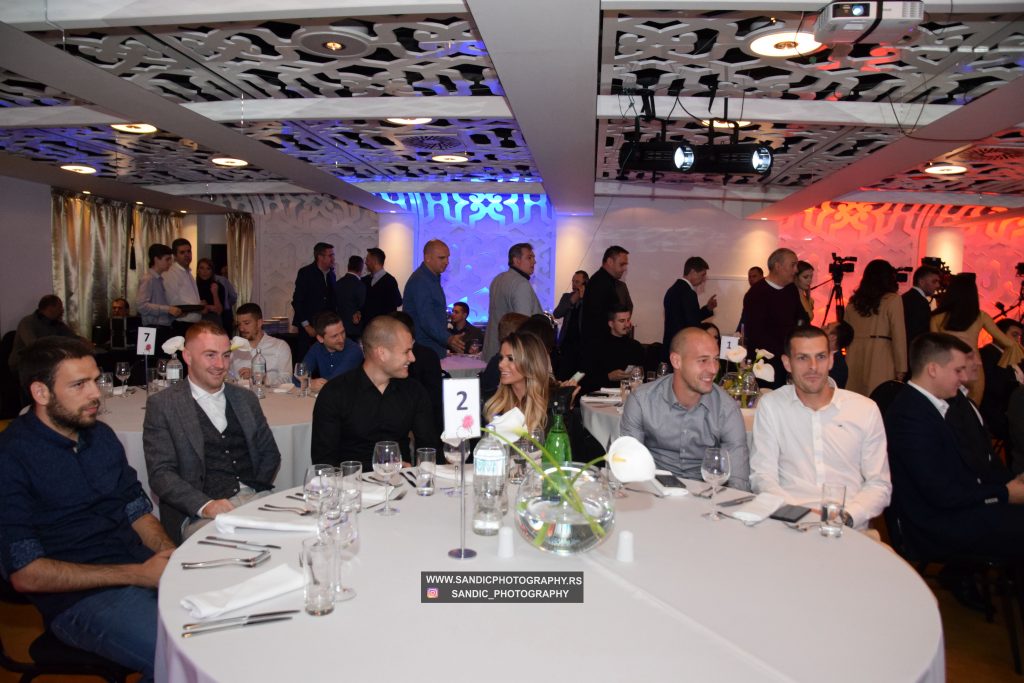 Tonight, at the Falkensteiner Hotel in Belgrade, the “First Team” event was held at which the best players of the 2018/19 season were declared as part of the Super League of Serbia.

The Union of Clubs of the Super League and the First League of Serbia and TV Arena Sport organized this traditional “First Team” event this season. In the presence of numerous distinguished officials from the world of football, business partners and media representatives, the ideal team of the elite rank was presented and the best player, the best young player and the best coach of the Serbian Super League for the 2018/1919 season, was announced. The ideal eleven were chosen by their direct rivals, captains of super-league teams and chiefs of professional staffs, which gives this choice a great deal of significance.